Moortown Golf Club was formed in 1909 and the present clubhouse was opened in 1915 and by the mid-1920s the course assumed the layout, which was to exist without major alterations for over sixty years. Even in those early days Moortown’s popularity among professionals was growing through the Yorkshire Evening News Professional Tournament, but it was the staging of The Ryder Cup in 1929 which focused the attention of international media on the Club.

There is no doubt that this event was a major factor in establishing Moortown’s world- wide reputation as a Championship golf course together with the course design of Dr Alister MacKenzie. The founders invited Dr MacKenzie to visit the site which he did in October 1908, coming to the conclusion that it would make a fine course and offering to aid the founders in its design. 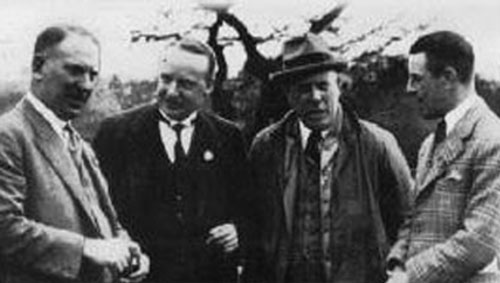 In 1903 Frederick Lawson-Brown went on holiday to Bridlington. While there he went to see the Yorkshire Amateur Golf Championship being played at Ganton Golf Club. Any golfer visiting Ganton comments on the beautiful surroundings, and it was this picturesque setting which inspired him to seek a similar location in Leeds.

He enlisted the help of three other non-golfing associates – J R Greenhalgh, H Leach and J H Mountain and the four went out week by week to find suitable land for a golf course. In time they approached two men who played golf at Woodhall Hills Course – F Turner and N Casson. In October 1908 after eight months of visits, meetings and discussions with others they found a site at Black Moor. This was located on the outer northern fringe, and 5½ miles from the centre of the expanding city of Leeds

The founders considered this to be an ideal site for developing the high-class golf course they had visualised. In November 1908 a second meeting was held at F J Turner’s house when it was decided to send out circulars inviting one hundred members to join at a subscription of two guineas per person.

In November 1908 the necessary land was acquired from the Lane-Fox (Bramham) estate on a rental of £100 for ten years, free of rates and tax.

Black Moor was a heathery, boggy hill-side, full of stagnant pools. The moor ran northwards to a stream, and north of the stream was farmland known as Alwoodley Moss. Today we see the wisdom of the Founders’ vision for over the same terrain we now have a varied test of golf which has evoked widespread praise.

To reach Black Moor required a journey on public transport to Street Lane corner, and then a walk of over a mile, generally uphill and over rough ground. To set out on a venture of this kind, providing golf as a pastime, beyond the outskirts of the city, well away from people’s homes, and with a very limited means of transport would seem to be a highly speculative matter.

The international media were invited to Moortown’s opening with an exhibition match between the Open Champion James Braid and the legendary Harry Vardon. This was scheduled for 21st May 1910 but had to be cancelled because of the death of King Edward VII and was re-scheduled for 24th September 1910. The proceedings for that momentous occasion are worth setting out.

He remains to this day the only man to win the Open six times. Moortown could not have selected two finer and more famous players to play at the opening. The Club offered a prize of two guineas for the best gross score and one guinea for each of the winners. 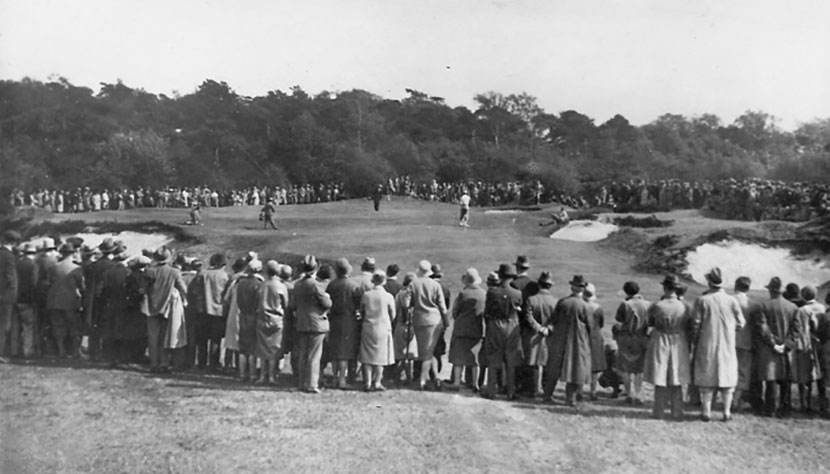 Over the years, many significant visitors, as well as those taking part in major Championships have graced our club. Traditionally over the years the England and Australia Test Cricket sides, when contesting the Ashes at Headingley, have played Moortown on their rest day.

In June 1976 Victor Watson, the Club captain invited Tom Watson the then current Open Champion, to play 36 invited guests in a tournament entitled “The Watsons versus The Rest of the World.” Henry Cotton attended as he did for the Club’s 75th Anniversary. 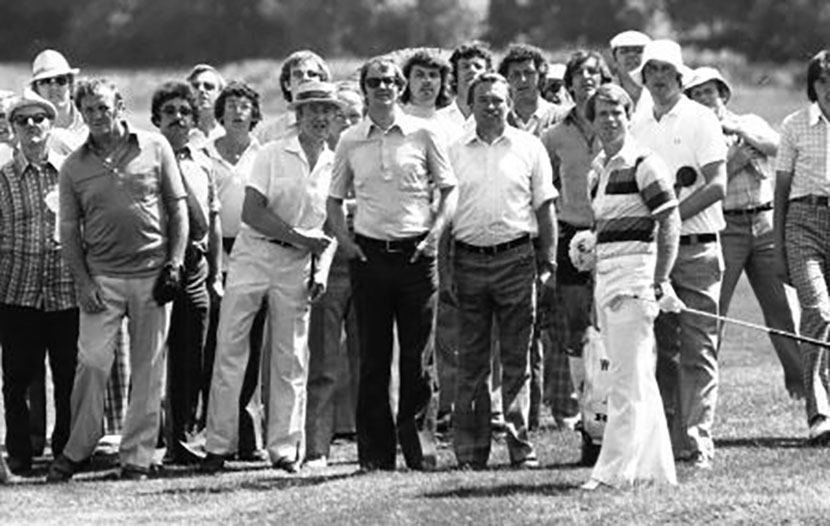